A SketchUp linework export was then blended on the rendered image to create the edges. 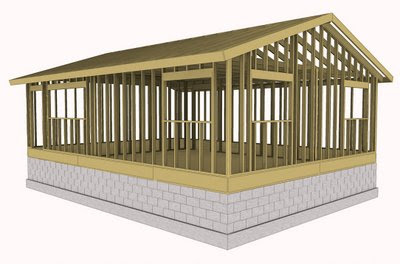 It looks like a new plugin is in the works from Brainstorm Technology:

"Brainstorm Technology LLC is the developer of PhotoSketch, a Google SketchUp plugin that enables the user to build 3D urban structures directly from photographs. Architects, designers, and entertainment content creators can now employ a new approach to create lightweight 3D models of existing buildings. These models, which typically consist of a few hundred phototextured polygons, are well-suited for use in online gaming and web-based applications such as Google Earth and Microsoft Virtual Earth."

PhotoSketch looks similar to the built-in Photomatch feature of SketchUp, only with many more features.

They have started posting videos to youtube which usually means a release is coming soon. 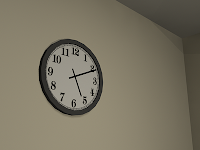 Here's a quick DC wall clock component. I couldn't find one, so I made one up. The image is a Podium render - doesn't look bad from the curb...

If you have a component you need dynamified, please contact me.


Screenhot of the Options Window: 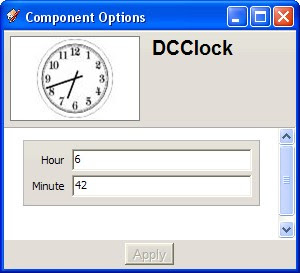 "Are you an engineer-, planner or pipe fitter working in the building technology-, semiconductor-, solar-, opto-eletronics-, chemical, life science-, petrochemical-, water treatment-, food-, biochemical-, pharmaceutical-, ship building-industry? Are engineering of piping-, ventilation- or exhaust systems part of your work? If any of this applies to you, 3skeng is most likely the best choice for you."

Currently, only a piping plugin is available for download.

These textures were downloaded from Arroway Textures. Recently, each Arroway texture was made available for download as a scaled-down/cropped version intended for testing and private use only.

The following image is composed of the free sample images from their Wood - Volume 1 collection. Most of these textures are 3000px wide by 360px high png images. Each comes with the main texture image, a bumpmap image, and a reflectivity image. Even though they are only "sample" textures, they are high quality and may be all you need for your non-commercial renderings. 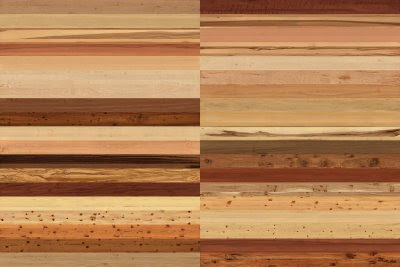 DuPont Corian has a collection available colors for its Corian product posted on the 3D Warehouse.

I saw this chair by karlfucious on cadyou.com and thought it'd make a nice render. 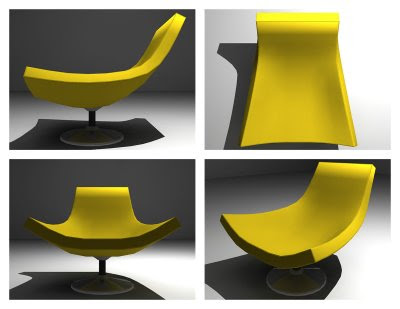 Didier Bur on the SketchUcation forums asked where SketchUp stores its installation location in the Windows registry. The answer, direct from SketchUp's installer expert Steve P. is..

I was recently contacted about problems with my Protrude plugin. It turns out the problem was caused by an older version of another plugin.

It looks like the Component Spray tools may have been interfering with some plugins that use the ProgressBar.rb plugin. If you have been experiencing plugin problems, please try this latest version (February, 2009) to see if it helps.
on 4/24/2009 No comments:

Simone Nicolo put together a fantastic, hyperlinked image of the Ruby API in SketchUp. It really helps you to visualize the object types and relationships. 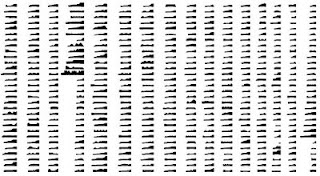 SketchUcation member RonS posted a huge collection of molding profiles. The image at left is just a part of them all.

SketchUcation Community Forums • View topic - Molding Profiles: "Here are a couple molding profiles. I will be adding more here soon. All files are in version 5."
on 4/23/2009 No comments: 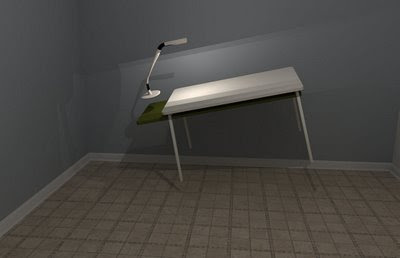 I was just interested in how the floor would be rendered using a bump map. The texture is a sample from Arroway. 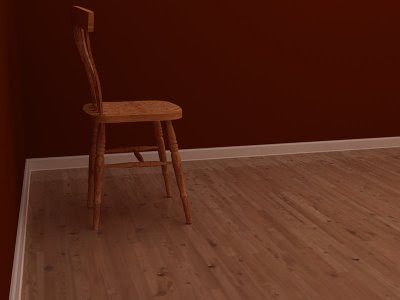 "Do you use SketchUp? Do you have opinions about the program? Would you like to share them?"

Sketchup to CamBam Plugin: "I wrote a simple plugin for Sketchup which will add a menu option for exporting a CamBam file. It's a pretty straight forward process, and you can probably figure out how to use it without even reading this page, but I will go ahead and give some instructions anyway."
on 4/18/2009 1 comment:

Here's another fun SketchUp material library built from a Lego color description file. Click the image to download these classic colors as a SketchUp Material library. 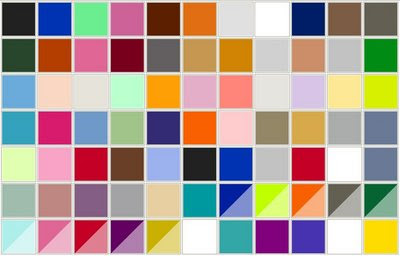 Ok, I made a new Style based on the "Scribble on Masonite" style that comes with SketchUp 7. I used Style Builder to create the fat, sketchy lines. It's really my first attempt at making a SketchUp Style, so I hope it's worthy. 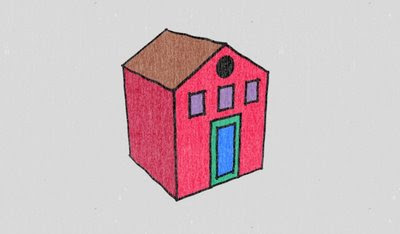 Just goofing-off today, I created a SketchUp materials library according to this Wikipedia article. 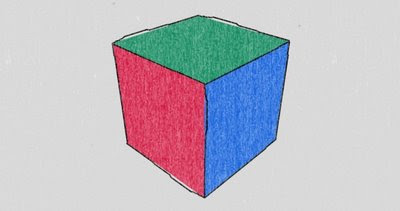 I have a couple other material libraries available also.
on 4/15/2009 8 comments:

On the IBM Develperworks site, Matthew Scarpino has written an introductory tutorial about using the Eclipse editor with SketchUp.

The article has 2 sections: the first is a basic introduction to SketchUp and Ruby code, and the rest is about setting up the Eclipse editor to use TBD's Bridge plugin.

The author makes available an Eclipse plug-in for the Ruby language which he confusingly names "SketchUp SDK" and should not be confused with the SketchUp SDK.

Overall, it's a decent introduction to Ruby scripting for SketchUp.

One of Google's most recent and popular tools, SketchUp, takes the pain out of 3-D modeling. Not only does SketchUp make it easy to create designs manually but it also allows you to automate the design process with Ruby scripts. Because managing and editing these scripts is so important, it helps to have a full-featured development environment like Eclipse. Learn how to configure SketchUp and Eclipse so you can edit scripts in Eclipse and automatically execute them in SketchUp. 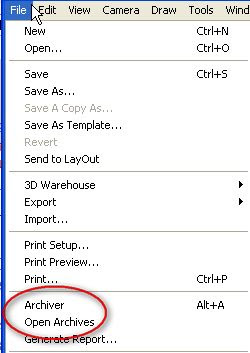 TIG has updated his archiver plugin to include Mac support. The latest is version 1.7

Archiver.rb saves a copy of the current model in a folder named 'Archives' created in the model's folder.

The model's filename is appended with a date-time stamp, in effect keeping a running history of the model as you go. This allow you to easily go back to a recently saved version in case of major design changes or computer disasters. It does not support auto-save, so the user must run the plugin periodically - just use a key shortcut.

Archiver is available on SketchUcation.com
on 4/15/2009 No comments: 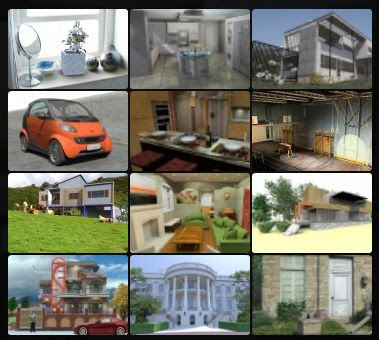 RenderPlus Blog has posted the 12 finalists in their iRender nXt Rendering Contest and they're all outstanding renders!

This is not specifically SketchUp-related, but may be of interest to some.

DESIGN21 is hosting a design challenge to "design an original and compelling object that can be made from a single sheet of FSC-certified plywood measuring 4-feet x 8-feet x 1-inch."

All are welcome to enter, including furniture designers and manufacturers, architects and industrial designers.

Entries should be functional designs that reveal the beauty of the wood.

Eligible entries are limited to one sheet of plywood.

Entries must be flat-pack designs, either using no hardware, or with the use of up to 20 pieces of EcoSystems: Alpha hardware. For PDF instructions and 3D files of the Alpha hardware, please visit Design Green Now.

YouTube user KitoRaupp has been posting some very interesting videos. The shapes are created using the built-in tools and no plugins. I'm not sure how much control there is and so the technique may not be practical, but it's sure fun to watch (and try.)

The Official Google SketchUp Blog recently blogged about "how entrenched SketchUp had become in the woodworking world." Nice article and I encourage you to read it. My only complaint would be it was a little light on examples, so this is meant to supplement that article with some of the best SketchUp woodworking resources I've collected. Happy clicking.

SketchUp Plugin Problems On Your Mac?

Fredo6 (author of FreeScale, and other great plugins) is asking Mac users to help him track issues with SketchUp plugins on the Mac platform.

This is important work forboth plugin users and developers; and especially for folks using SketchUp on Macs. The results could ultimately make more plugins compatible for the Mac.

If you use SketchUp on a Mac, please participate in Fredo's survey.

There's been a lot of SketchUp Plugin activity in the past few weeks...

The author of SunTools plugin, Guedi Capeluto, has join the SCF and is providing support for it in this topic.

pecan released a new debugging plugin for SketchUp/Ruby on Windows:

SuRDebug is a Microsoft Windows GUI editor and shell surrounding Google SketchUp and the Ruby-Debug debugger.

How it Works
SuRDebug runs SketchUp as a sub process. It captures all I/O from RDebug (aka Ruby-Debug.rb) and the SketchUp Console by way of the standard I/O pipes. It interprets the captured data, presents it to the user by way of the editor, and drives the debugger from user editor actions .

In case you missed it, Fredo6 released his jaw-dropping update to FreeScale - FreeScale 2. It adds bending and stretching tools. Definitely a must-have.

SCF member thomthom released a plugin named Explode All Images - you'll never guess what it does. Give up? Ok, it "Iterates all Images and explodes them. Hides the edges and option to group."

The multi-talented Chris Fullmer is quickly becoming a Ruby Master by releasing a dozen or so plugins in the past couple months.

Matt666 released 2 new plugins: Component/Group Tools and another to set the Shadow time to now().

Finally, the prolific TIG released AddFaces which "simply adds faces to selected edges if it can."
on 4/06/2009 No comments:

This is a snippet of SketchUp Ruby code. How does it look?

You may enter this competition if you are a student at a higher education institution almost anywhere in the world. Please read the official rules before registering.

The top 3 modelers will win a cash prize consisting of $5,000 for 1st place, $2,500 for 2nd place, and $1,000 for 3rd place. In addition, winners will be featured on the Official Google SketchUp Blog, and enjoy lasting online glory.

Visit the official competition page for more details.
on 4/04/2009 No comments:

by Bonnie Roskes, published by OReilly.

As the first book for intermediate and advanced users of Google SketchUp, this Cookbook goes beyond the basics to explore the complex features and tools that design professionals use. You'll get numerous step-by-step tutorials for solving common (and not so common) design problems, with detailed color graphics to guide your way, and discussions that explain additional ways to complete a task.

How a House is Built

This is a “how-to” book on the construction of a small, simple, and sustainable house. The house starts with a surveyed layout, an excavation referenced from a workpoint, and the installation of footings and stem walls for a raised foundation. Next, the framing for the floor, walls, and open ceilings are erected followed by the doors, windows, trim, siding, and metal roofing to close the house in. The plumbing, mechanical, and electrical systems are then roughed-in at the end of the book in preparation for finish work that is completed online as an interactive chapter.

Al Hart of RenderPlus posted about a new add-on for SketchUp called eZ.

eZ lets you markup SketchUp drawings (red line, notes, arrows, comments, etc.) and share them with co-workers or clients. The free version does a wonderful job of marking up documents. The main advantage of the for $$ version is that you can create multi-page documents, and include other documents formats (.PDF, .DOC, images, etc.) in you final presentation.

Watch for more news in a week or so.